The purpose of this blog is to give expression to my experience – to find some way to explain what my daughter and her disability have done for my life.  She has brought massive trials and challenges into my world, but even on the worst days I wouldn’t change a thing.  I am without doubt a better man and a more complete human being because of my daughter with Down syndrome.

This week I had a fresh realization of her humanizing effect.

Sunday afternoon I jumped in the car to get in a workout before the game.  I turned onto the river-side drive I have taken hundreds of times to get to the YMCA downtown.  As I mentally checked out of the familiar route to plan my time at the gym, I was startled back into the moment by a very unfamiliar scene up ahead.

Traffic in front of me was stopped by a person wandering down the middle of the road.  A small crowd of pedestrians was gathering on the sidewalk.  The person in the street was gesturing wildly while talking heads leaned out of car windows  – “you need to get out of the road!” “are you okay?” etc.

I pulled up to the scene and saw that the person in the street was a young boy, I’d guess about 10.  He was barefoot, unkempt and definitely did not look okay.  The heads in the cars turned together for a quick planning session.  A woman with a cell phone dialed 911 and I pulled around the corner to get out and try to talk with the boy.

I walked over and steered him off of the busy street.  He wouldn’t look at me or respond to my questions and he took a couple of swings at me while I blocked his access to the road.  As I herded him around the corner I worked through  a string of options in my head.  Is he in a state of panic? Having a bad day at home? Am I speaking a language foreign to him?  Does he have some kind of intellectual disability?

The woman who called for help joined me and together we walked up and down the block, keeping our troubled companion out of the path of the cars.  After about ten minutes, two of the pedestrian onlookers approached us with a woman following close behind.  They had heard a voice down by the river calling out a name and fetched her.  When she saw her runaway with us she seemed to radiate a mixture of relief, trauma and embarrassment.

She explained that the boy, her step-son, is autistic and non-verbal.  She was in the bathroom and he slipped out the front door for an unsupervised expedition.  As the boy is fascinated by water, the first place she thought of looking was down by the river, fearing the worst.  When she wrapped up her story, the intrepid explorer sat down on the sidewalk, a police cruiser pulled up and I took my leave.

Only after leaving the scene did I consider my own proximity to the runaway experience.  With a little distance and reflection it seems obvious to me, the Providence in the situation.  I was the perfect person to step into that road.

Throughout the whole experience I felt perfectly calm.  I wasn’t stressed or worried by the uncertainty of the scenario.  I didn’t mind the interruption in my busy day or the boy’s violent attempts to take out his angst on my body.  I wasn’t frustrated by the failed attempts at communication.  It just felt like an interesting challenge to me.  Looking back, I realize that, in that moment, I was demonstrating the product of nine years of training.

Sunday afternoon, without thinking about it, I adopted the posture, the patience and the creativity I have learned in adaptation to an unpredictable life at home with my daughter.

The unruffled composure of that moment – it’s one of the many benefits I have received through my daughter and because of her disability.  Naturally I am an anxious person who tends to be a little jumpy, especially around nonverbal strangers gesturing wildly in the street.  But things have changed.

The Development of Anti-Fragility

There is a word for this new quality in my life – it’s what statistician and risk-analyst Nassim Nicholas Talib calls anti-fragility.  Anti-fragility is the precise opposite of fragility.  It’s not resilience.  Resilience is a kind of strength which endures despite stress and difficulty.  Anti-fragility doesn’t just tolerate stress, it benefits from it.  It grows and thrives because of the stress.  (Picture the mythical hydra which responds to the stress of losing its head by growing two more in its place.)

A person who is anti-fragile meets unexpected difficulties as benefactors and gains power and stability from them.

An anti-fragile person sits in a doctor’s office while their child shouts with hysterical rage and flails savagely at the impertinent strangers who are attempting to shine a bright light in her eyes and walks away from the experience having leveled up in courage.  The first time is horrifying.  The second time a little less so.  You go through enough experiences like this and you realize they’re not going to kill you.  They just kind of become routine.  And along the way, without realizing it, you are becoming more and more anti-fragile.

This is something I have come to admire in parents of children with disabilities.  There is a tolerance for the chaotic and the unpredictable that is uncommon and heroic.  I have often watched with silent respect as a parent calmly and creatively handles a pickle of a scenario which would cause the average person to flip their lid.

It’s important to say what I am not saying here.  I am not claiming an angelic or supernatural tranquility that breezes through life several inches above ground and untouched by circumstances.  We have very bad days in my house, days with new challenges and new recurrences of old challenges that make us want to throw in the towel.  What I am saying is that those days we dread so much don’t weaken us, but tend to have the opposite effect.  The bitter buds of difficulty and disorder grow up into the sweet flowers of toughness and tenacity.

Talib laments the tendency we have in our modern world to mitigate risk and eliminate variables.  Experience shows us that the more we attempt to control our world, the more fragile we become.  This isn’t a problem for most of the parents I know who are blessed by disability in their offspring.  There’s a point that comes pretty quickly when you give up.  You can fight the wave or you can turn around and ride along.  There will be no control.

Your child will throw an iPad into the washing machine to take a spin with the whites.  She will gleefully stick her face into the perfectly frosted cake you’re about to take to an event.  She’ll throw her glasses onto the basketball court during her brothers’ basketball game and her road ID into the lions den at the zoo.  She’ll slap the new person sitting next to you at church in the face, take a sip of their coffee and then chuck her bowl of Chex Mix into the next pew when she decides snack time is over.  There is no predictability.  There is no control.  There is only chaos and surrender.

And that surrender to the chaos is the beginning of our anti-fragility.

Don’t you think we all could use a little more anti-fragility in this crazy complex world of ours?  For that and a thousand other things, I thank God for my unpredictable little girl and salute my fellow anti-fragile parents.  And I pity the inevitable fragility of the family or society which chooses to eliminate a potential source of disorder and strain in the misinformed belief that they are securing control over life. 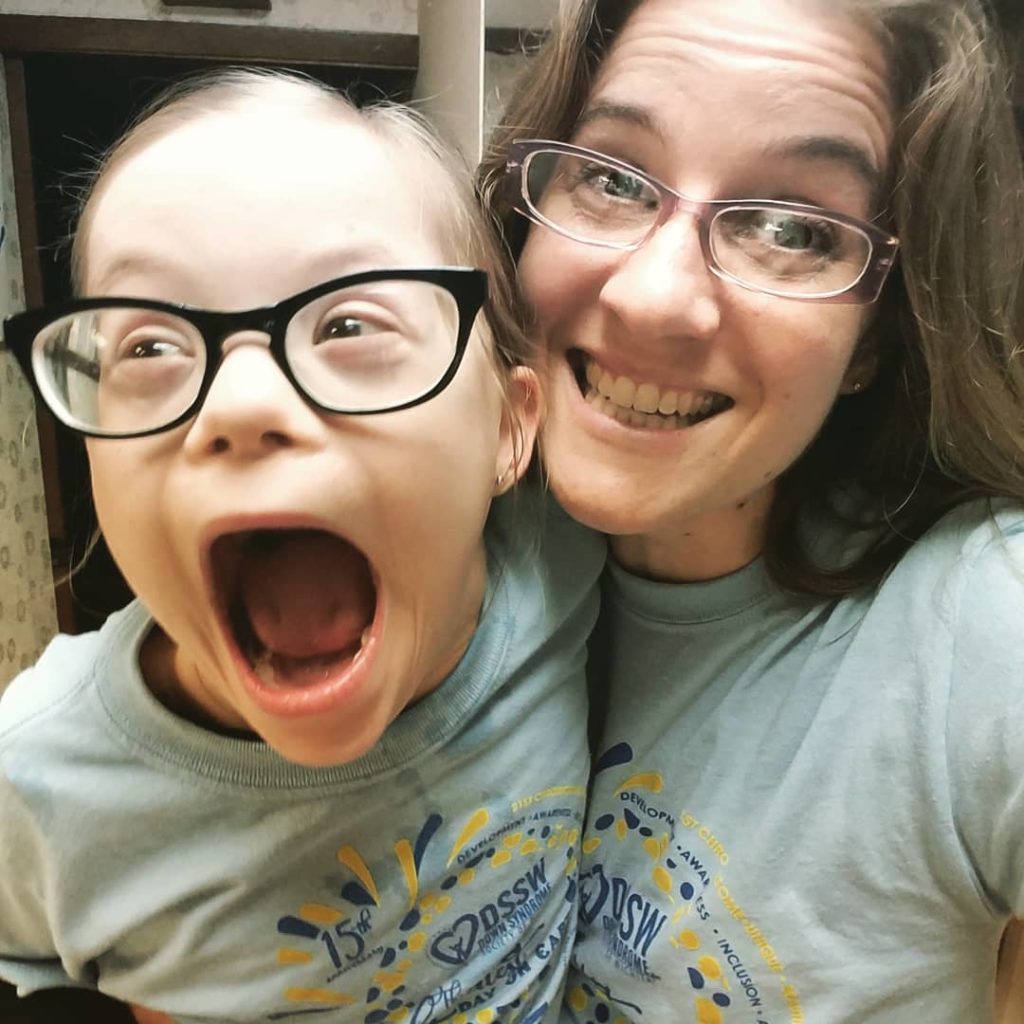